Life as a Type Two Diabetic

Hi, my name is Jose and I’m co-founder of ChipMonk Baking and a health nut, pun intended. I also happen to be a diagnosed type two diabetic. Here’s the thing though, I don’t fit the prototypical mold for someone with type two diabetes. In fact, if you base it off of risk factors alone, you would never even suspect that I have diabetes. Prior to my diagnosis in my mid twenties, I certainly would have never thought so either. 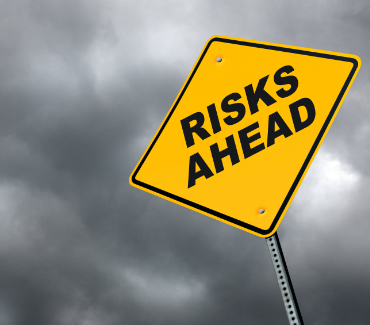 The symptoms I had though were far more telling than any risk factor. They had been plain as day for years, but I was blissfully ignorant of what my body was trying to tell me. Of course I had my suspicions early on, but, like anyone in their early 20’s, I refused to believe there could possibly be anything wrong with me. In hindsight, I should have seen a professional sooner than I did, as the following symptoms were basically a bright neon sign flashing “you have a metabolic condition”. 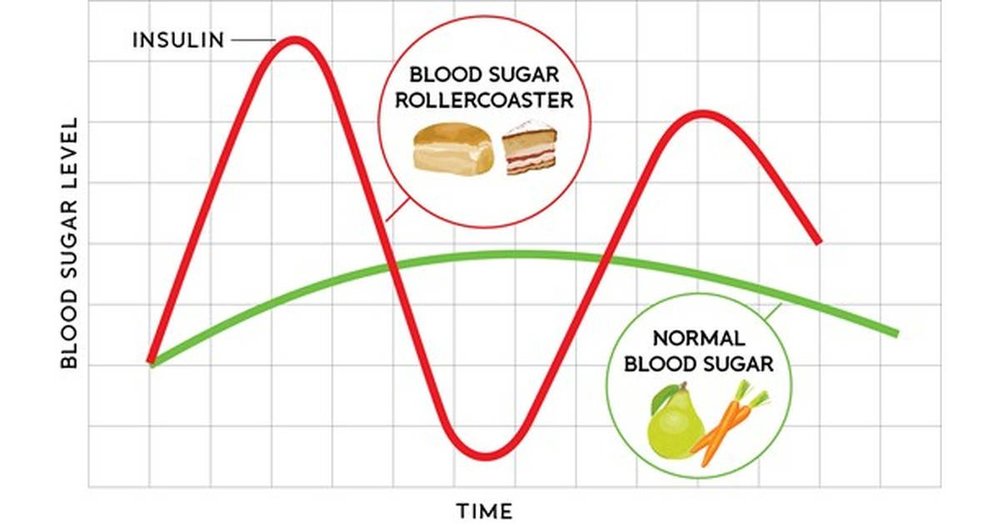 A depiction of the roller coaster of blood sugar post a high-glycemic foods and drinks, like breads and sodas

Growing up, I was an active, outdoorsy child, and I managed to maintain a regular exercise routine well into adulthood. Physical activity, however, wasn’t the issue. The problem was my diet. I was a picky eater and grew up consuming high glycemic carbohydrates and refined sugars, which offer little nutritional value, in the forms of rice, cereals, pastas, tortillas, breads and worst of all, sweet pastries and ice cream. I mean, who doesn’t love some bluebell ice cream or a slice of cheesecake? To make matters worse, I started regularly drinking beer in college which is basically a slice of bread in a can.

I was constantly bombarding my body with sugar, and, in response, it produced high levels of insulin. The relentless intake of processed carbs and sugars eventually led my body to develop insulin resistance - the first step to diabetes, otherwise known as prediabetes. Insulin resistance happens when your body stops responding to insulin as it should. Normally, insulin promotes the uptake of blood glucose (sugar) into fat cells for storage, but, with repeated abuse, your body needs more and more insulin to generate the same response. It’s similar to developing a tolerance to things like alcohol, cigarettes, or prescribed medications. After a while, you just need more of it to feel the same effects, and, unlike external sources, your body can only produce so much insulin. When you reach a point where your insulin production can’t match the demand, it results in elevated blood glucose levels which, if left unchecked, will lead to type two diabetes.

Coming from a science background, I convinced myself that I was prediabetic at best and just had to exercise a bit more to control my blood glucose levels. This was denial at its finest. One night though, I was driving home late after work and nodded off behind the wheel. I was quickly jolted awake, after bouncing off of a guard rail on an overpass. I managed to get away unscathed, but my truck wasn’t as lucky. The experience was humbling, not to mention outright dangerous. It forced me to take action, and I got myself tested.

I had blood drawn for an A1c test, which measures the average amount of sugar attached to your blood cells over a two to three month period. Normal levels are below 5.7, and the prediabetic range is from 5.7 to 6.5. My results: 6.9. I was well into the diabetic zone. Strangely enough, the news didn’t really come as a shock to me. I remember thinking to myself, “Yeah, that makes sense.” The physician prescribed metformin, but I told him I wouldn’t be needing it because I decided to take my diagnosis as a challenge. I was getting tested again in three months, and I was going to make sure my A1c levels were well below the diabetic levels through holistic means. I wanted to tackle the root of the cause, not cover it in band-aids.

To fight back against diabetes, I changed my eating habits rather drastically and cut back on drinking. I followed a low carb, high fat diet. Initially, it was difficult giving up a lot of things I enjoyed in my early years like ice cream, cake, donuts (really any dessert). Luckily the lifestyle change wasn’t as hard for me knowing that my health and life were on the line. Support from friends and family was of the utmost importance. After a while, I started to feel and see the positive effects of a diabetic friendly diet:

I couldn’t believe how I felt. It  was empowering knowing I had taken back control of my body from something that was meant to slowly rob me of my basic functions. I was addicted to the feeling and I wasn’t going back. 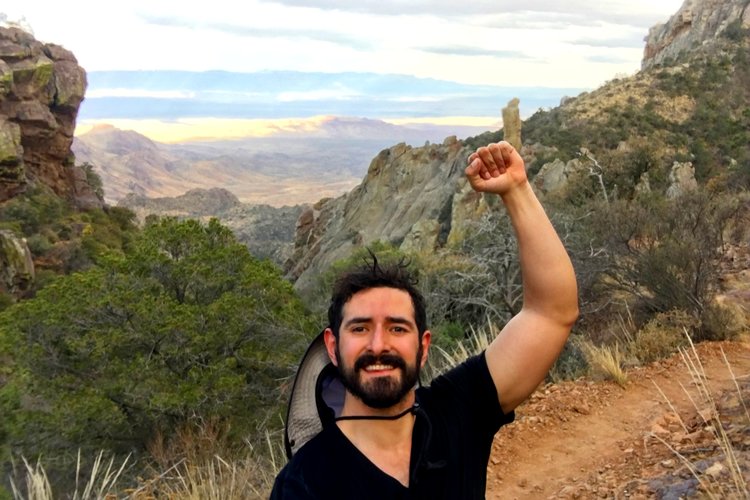 After two and a half months, my A1c levels were tested again, and the results shocked the physician. He was sure there was a mistake because my levels had dropped to 5.3 and were solidly in the normal range. He had me redo the blood test to confirm the results, and they held true. I had effectively reversed my diabetes in record time through exercise and diet alone.

The thing you have to understand about type two diabetes is that it’s a disease that is very controllable and beatable. It takes hard work, dedication, and an awesome support system to keep it in check.  I had a very structured eating routine, so I needed the encouragement of my friends and family to stay away from carbs, beers, and sweets. I planned my day in advance to ensure I did everything I needed to stay on track including meal prepping, exercising and even sticking to a regular sleep schedule. Ultimately, I became so familiar and accustomed to living this way that they became second nature to me. Today, I still follow a low carb, high fat diet, and remain highly active. I have kept my A1c levels in the normal range for over three years now. But I’m definitely not perfect. The one thing that I have continually struggled with, even to this day, is the absence of desserts and sweets in my diet.

Sugar is so prevalent in all desserts that it has been virtually impossible to find anything that I can safely consume as a diabetic without suffering from crazy sugar crashes and any number of symptoms in the days that follow. I was so determined to find a solution that David and I eventually decided to make our own health conscious desserts while staying true to my low carb, no sugar restrictions. ChipMonk Bakery was the result of my overwhelming desire for sweets and my unrelenting pursuit of health. Through our ChipMonk Cookies, I can safely indulge on my simple pleasures without any of the regret, guilt or consequences that normal baked goods would bring about. ChipMonk is the cherry on top to my years of dieting and healthy living— it’s also just flat out delicious. Quite literally having my cake and eating it too.

For more information on Insulin Resistance and Diabetic Risk Factors, check out this article by Healthline.

Remember, it’s better to be safe than sorry. If you’re seeing any of the same signs that I experienced or suspect that something may be wrong, see your physician as soon as you can. Take care of yourself my fellow ChipMonks.