The Link Between Sugar and Cancer

Today, we’ll explore the potential link between sugar and cancer. There’s been a common myth circulating that people with cancer shouldn’t eat sugar because it can cause cancer cells to grow faster, but is that accurate? Let’s point out the obvious, all cells depend on blood glucose for energy. So yes, sugar does feed cancer cells, but it turns out that sugar may not be the culprit. Instead, it’s the effect that sugar has on other parts of your body that influences how cancer cells grow.

How Did The Myth Originate?

Positron emission tomography (PET) scans may be at fault, but only through a misunderstanding. PET scans use a form of glucose as a radioactive tracer to map out your bodily tissues. All tissues absorb the tracer, but the cells using the most energy - like cancer cells - absorb greater amounts. This led to the misconception that cancer cells grow faster on sugar.

Relationship Between Sugar And Cancer 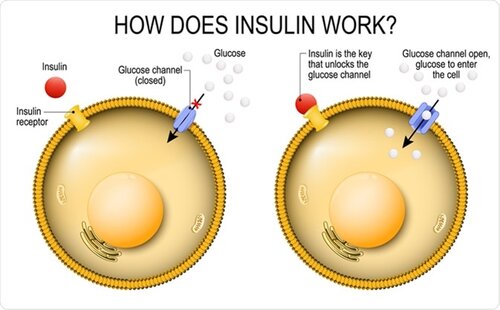 Dr. Lewis Cantley, Meyer Director of the Sandra and Edward Meyer Cancer Center at Weill Cornell Medicine, and his team are studying sugar and it’s effects on certain cancers. According to their accumulating body of work, excess sugar helps many types of cancer grow more rapidly. Dr. Cantley said that individual cancers are addicted to particular things, and in many cases, it’s insulin and sugar.

A lot of the research shows that it’s sugar's relationship to higher insulin levels and related growth factors that may influence cancer cell growth the most, and increase the risk of other chronic diseases. Many types of cancer cells have plenty of insulin receptors, making them respond more than normal cells to insulin's ability to promote growth.

In the ’80s, Dr. Cantley discovered a previously unknown enzyme, phosphoinositide-3-kinase, or PI3K, that would turn out to be a sort of master switch for cancer. The gene that encodes PI3K is the most frequently mutated cancer-promoting gene in humans—and in the years since its discovery, it has been implicated in as many as 80% of cancers, including those of the breast, brain, and bladder.

The enzyme’s normal function is to alert cells to the presence of insulin and they respond by uptaking glucose (sugar). This signaling pathway is crucial to cells' growth, proliferation and survival. If the pathway runs too slowly, the body becomes insulin-resistant and cells fail to take up enough glucose. In cancer, however, the pathway shifts into high gear, providing tumors with an overabundant supply of glucose, which drives their growth.

It’s the prevalence of these insulin receptors on cancer cells, the mutations of the PI3K gene causing an upshift in glucose uptake, and the higher levels of insulin in the blood due to excess sugar that affects the growth of cancer cells. It starts and ends with blood glucose levels. 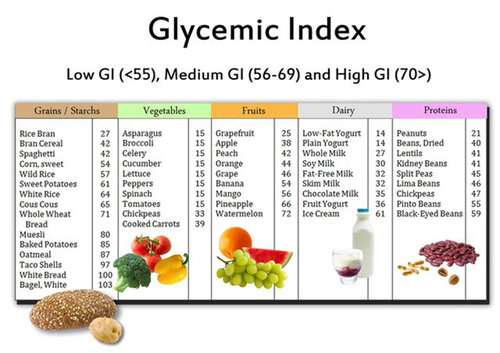 All carbohydrates you eat are broken down into simple sugars in the intestine, where they are absorbed into the blood, increasing blood sugar levels. The pancreas releases insulin in response and performs several important jobs, including signaling glucose to enter cells for fuel. When insulin levels are high, it is a signal to the body that there is plenty of food available, and that these bonus calories should be used to grow and build reserves for the future. Chronically high blood sugar and insulin leads to obesity and type two diabetes in most cases.

You can have a direct impact on your blood sugar through the food you eat. The glycemic index of food has a tremendous impact on the rate at which your blood sugar rises, and in turn, insulin. Glycemic Index (GI) is measured by monitoring blood sugar levels in volunteers after they have eaten 50 grams of carbohydrate from a tested food. Blood sugars are checked every 15 minutes. The changes in blood sugar levels are compared with those from a standard reference, a comparison food. The increase in blood sugar from the test food is compared with that from the reference food, and the results are given as a percentage. This percentage determines the GI number. In general, lower is better. White bread is most often used as an example of a bad GI food because it measures in at 100, as do most processed carbohydrates. They’ll raise your blood sugar higher and faster than a lower GI food.

As it stands, the average American consumes 126 grams of sugar a day, more than people in any other country and nearly four times what nutritionists recommend, according to the World Health Organization. And it’s not just cancer, excess sugar consumption has its hands in everything.

So do yourself a favor, keep your sugar and insulin levels down by eating lower glycemic foods and avoid excess sugar in your diet. Here are some guidelines you can follow to keep your blood sugar down.